As Aird Walker & Ralston prepares to celebrate its centenary, managing director Gordon Christie reveals the secrets of its success and the changes he’s seen in the industry

One hundred years ago, three Johns (Messrs Aird, Walker and Ralston) joined forces in Ayrshire to create a company that would become one of Scotland’s most respected electrical firms.

Although they all had the same first name, each founder had his own area of expertise – motor rewinds, domestic and commercial works. They reckoned combining their talents would allow them to take on bigger, more ambitious jobs.

That proved to be the case, and from premises in Mill Lane, Kilmarnock, they built a thriving business that’s still going strong. Though these days it’s based in the town’s Lawson Street.

Today, the firm’s managing director is Gordon Christie. He set out its current state of play: “Right now, we are growing and fortunate to have more than 40 local talented people in our team. They’re all committed to achieving the high standards we are recognised for by our clients in Scotland and further afield.”

Aird Walker & Ralston provides products and services to numerous industries and has developed relationships with supply chain partners in the water industry across the country. Its clients include the likes of Scottish Water, the NHS, William Grant & Sons, Northern Lighthouse Board, ESD, Amey and ABV. 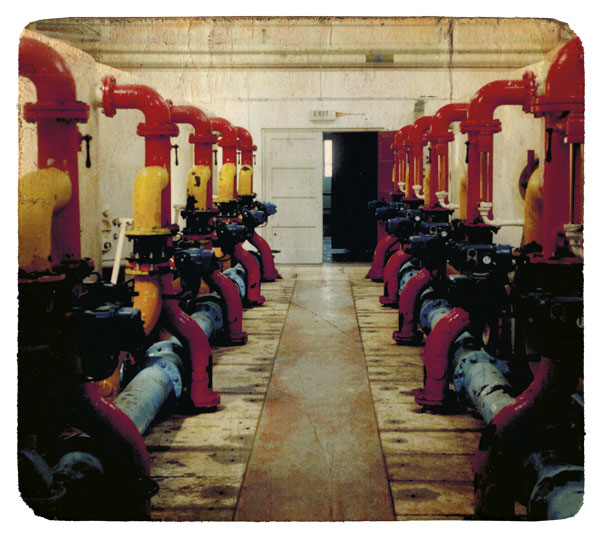 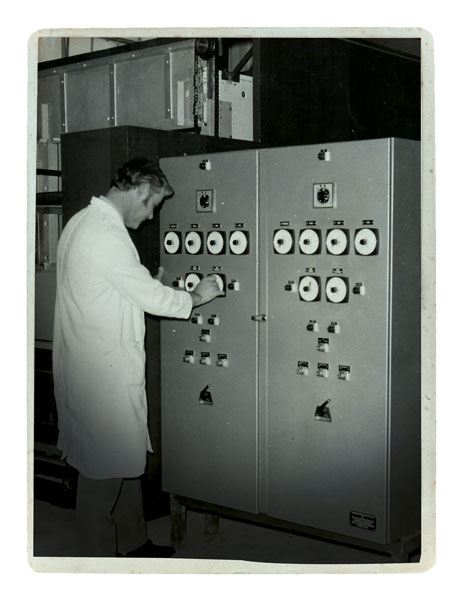 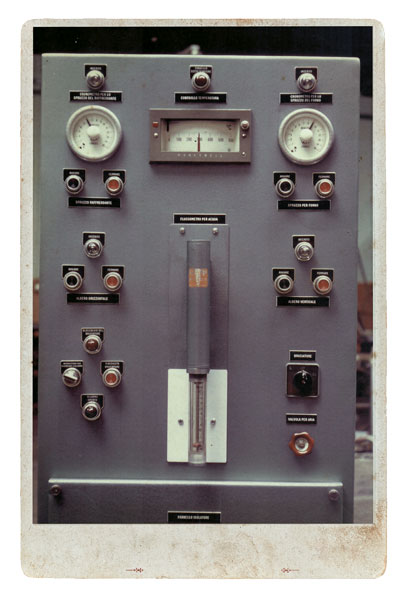 When the firm was first established, Kilmarnock was a highly industrial town with a wide variety of manufacturers. The founders’ aim was to serve this diverse marketplace.

The company proved so adept that it steadily expanded, becoming even larger than it is today. As well as serving local industry, it carried out work for local authorities, leisure centres, hospitals and schools too.

Much of Kilmarnock’s manufacturing base has since disappeared. At the same time, changes to local authority and government procurement strategies have had an impact on opportunities, providing a challenge for local businesses. Fortunately, Aird Walker & Ralston Limited has managed to rise to that challenge. As Gordon emphasised, the company has been careful to support traditional markets while adapting its core skills and resources so it can diversify, serve new clients and capitalise on new opportunities.

Gordon said: “We are particularly proud of our association with Scottish Water and its supply chain partners, having recently secured several electrical contracting projects.

“This relationship has been built up over many years. We continue to take on board their business philosophies and demands, so I’m hopeful it holds us in good stead when we come to apply for its control panel business. There may be an opportunity later this year to be included in its motor control centre (MCC) framework. If we succeed it will help us develop the manufacturing side of the business, sustaining and creating further skilled jobs in Ayrshire.”

Gordon himself has a long personal history with Aird Walker & Ralston.

He served his time with the firm, becoming an approved electrician in 1992. After working on the tools and shop floor he progressed into the office where he gained further qualifications and experience, qualifying as an electrical design engineer.

He was appointed the company’s HSEQ representative en route to becoming managing director in 2012.

“On completing my apprenticeship and then qualifying as an electrical design engineer, I went through the graduate programme with SELECT at Napier University,” he said. “This not only gave me management qualifications but the confidence, practical experience and ambition to further increase my knowledge of the business. I continued to develop and implement the company’s policies and management systems retaining BSI accreditation.

“There are very few jobs that I’ve not tackled here – including even being the sales engineer for a while.”

Gordon’s extensive experience means he’s seen some big changes in the industry down the years. One that concerns him is the significant increase in the amount of paperwork firms and individuals must now complete. He said: “It’s affected everyone and it’s been accompanied by the passing of risk and responsibility down the supply chain.” Despite the hurdles faced over the years, he believes Aird Walker & Ralston’s continued success is based on the firm’s ethos of training, behavioural culture and strong governance.

“Throughout its history, directors have focused relentlessly on the need to explore various industries for potential work, putting an emphasis on training and developing craft apprentices,” he said.

“Our track record speaks for itself. Looking across Ayrshire you’ll find that many electricians served their time with us and former employees are running their own businesses or are successful with other organisations. Similarly, our switchboards, control panels and motor control centres have withstood the test of time and operate well beyond their designed life expectancy.”

As the marketplace changes, so it is important to exploit new opportunities.

“We’ve provided control and software systems for a hydrogen vehicle refuelling station. And we’ve developed a relationship with a local company who produce ‘brining units’ for the roads. These are a liquid alternative to hard grit/salt that’s monitored via telemetry. “We’re also continuing to develop a relationship with a local business which supplies electrical systems and replacement parts to the locomotive industry, which is proving to be very interesting.

“Recently, we’ve also moved into the overseas market and have been working with Glasgow-based clients who are building desalination plants in the Middle East.

“Their plants needed high quality MCCs and the clients knew that’s what we produce.

“We subsequently priced the job and then we won the bid.”

These successes mean the company is very confident about the future. So much so that it has undertaken a complete refurbishment of its existing premises – a move that’s meant major investment.

The upgrade has involved stripping the building back to basics. It has been planned and executed in an environmentally sensitive manner, in keeping with the local area and with an eye on future proofing the building.

Notably, it’s being carried out in a way that doesn’t disturb operations significantly. Gordon explained: “It was about time the premises were upgraded to reflect the quality of the products and services our people produce and make the building more pleasant to operate from. In one big change, we have transformed our boardroom into a new self-contained training facility to accommodate 24 people. We now have an in-house facility to provide the ongoing development and training for our people. And it’s one that can also be used by our clients and supply chain partners.

“We’re in the final stages of modernisation and will soon have premises that are equipped with everything we need to move forward and expand.”

As yet, there are no major events planned to mark the company’s centenary year.

In keeping with its ethos Gordon is, first and foremost, thinking of ways to directly reward employees for the role they continue to play in prolonging and maintaining the firm’s success.

That willingness to stay in contact is a sign of the fondness that people in Ayrshire have for the company. And it could well be one of the reasons it’s been able to chalk up 100 years...and counting. 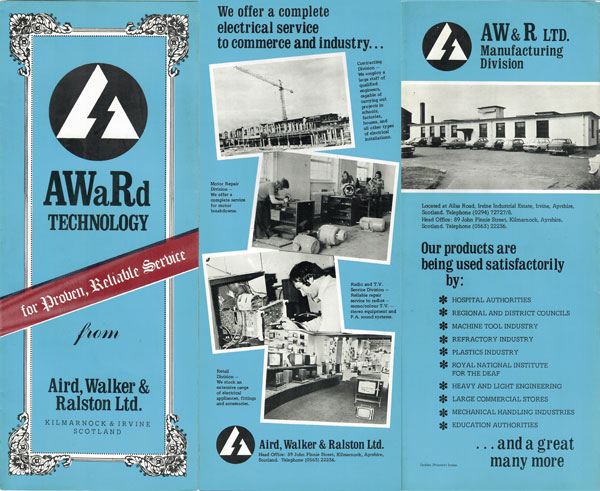 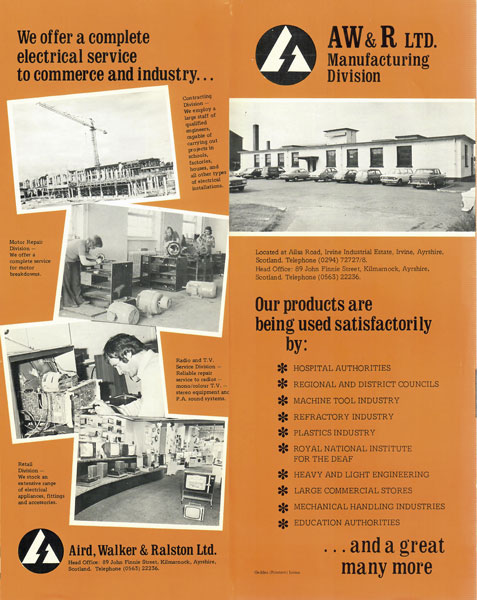 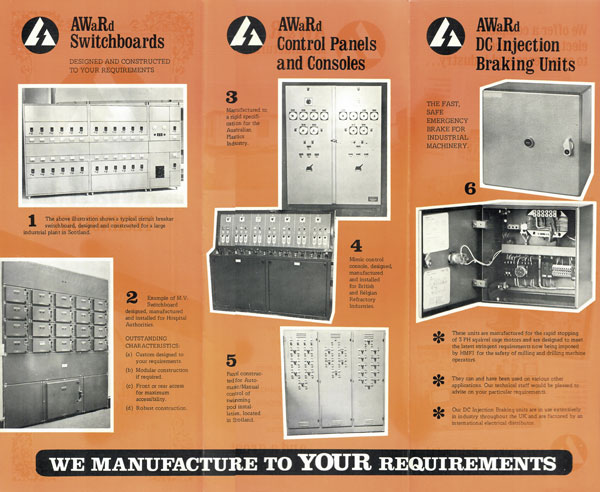 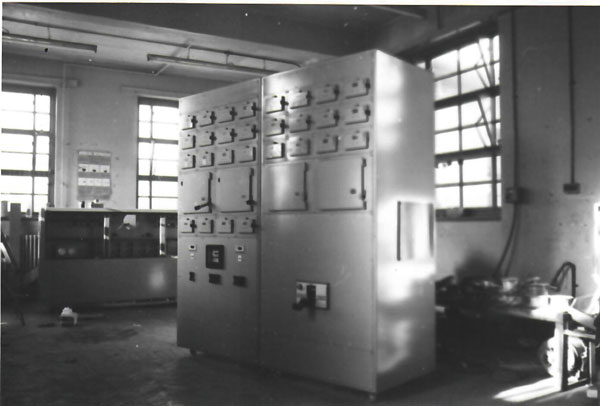 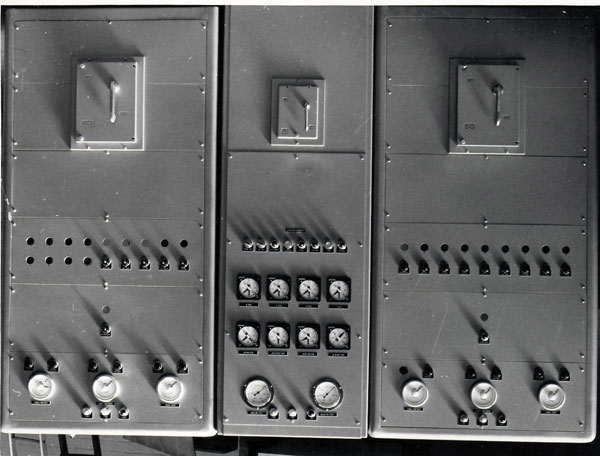 The company has long recognised the value of SELECT and has been a Member for many years.

In fact, the previous MD, Archie Jay, was very heavily involved in the organisation. He was both Vice President and President and was honoured with a lifetime achievement award in 2015.

“There are many benefits of being a member of SELECT,” said Gordon. “The SELECT/SECTT apprenticeship is one – it’s what you’d call a ‘proper, traditional’ apprenticeship. At the same time the HR, HSEQ and technical experts are also very good. If you have any issues, you can rely on them to provide the correct guidance and advice, as we have done on several occasions.

“As I mentioned, I went through the SELECT apprenticeship scheme and the SELECT graduate programme at Napier University, inspiring me to achieve further academic achievements and develop my career into a senior management role.

“There’s no doubt SELECT and SECTT have helped our business throughout the years, and will continue to support us for years to come by providing further 18th Edition training to our employees in our new training facility, as well as ongoing guidance and advice.”

AS SEEN ON TV

Few electrical firms can boast that they have starred on the iconic BBC programme Tomorrow’s World, but Aird Walker & Ralston Limited can.

Back in the 1970s one of the company’s people – Harry Burns – invented a device to help those who were hard of hearing. Called the ‘Burns Aid’ it was installed at home.

When a visitor rang the doorbell, the device would make sure the lights in the house flashed to let the resident know someone was there. It was such a novel idea that Tomorrow’s World decided it was right for their show, which focused on technological breakthroughs and was one of the most popular programmes on TV.

Gordon explained: “In its day, the Burns Aid was a real success.

“In fact, there are still some on the go and we occasionally go out to replace, fix and or maintain them.”

Aird Walker & Ralston has four dedicated departments, each with its own unique resources, supply chain, skills and expertise.

The Electrical Contracting department covers a wide range of services, from the design of building services and electrical systems to the installation and certification of Profibus networks, cabling systems and electrical equipment as well as on-site electrical repair and maintenance.

As its name suggests, the Motor Overhaul and Rewinds department deals with electrical motor rewinding and refurbishment as well as the sale, overhaul and maintenance of industrial motors, gear boxes, fans and pumps.

The firm’s software engineers have expertise in all kinds of industrial control and monitoring equipment, from the smallest micro PLCs to complex multi-processor installations.