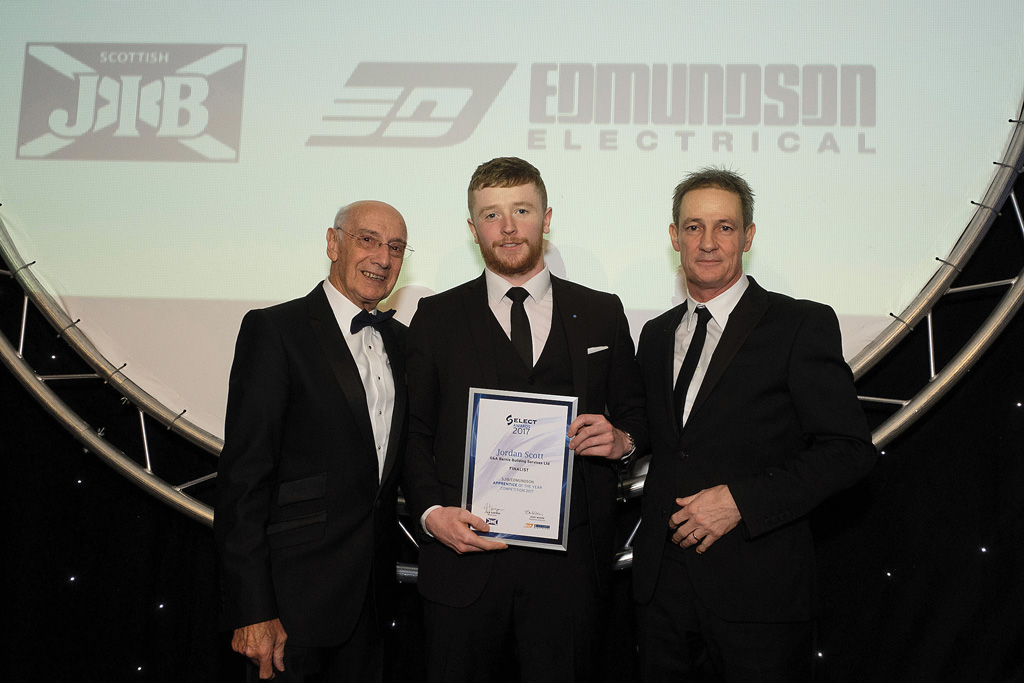 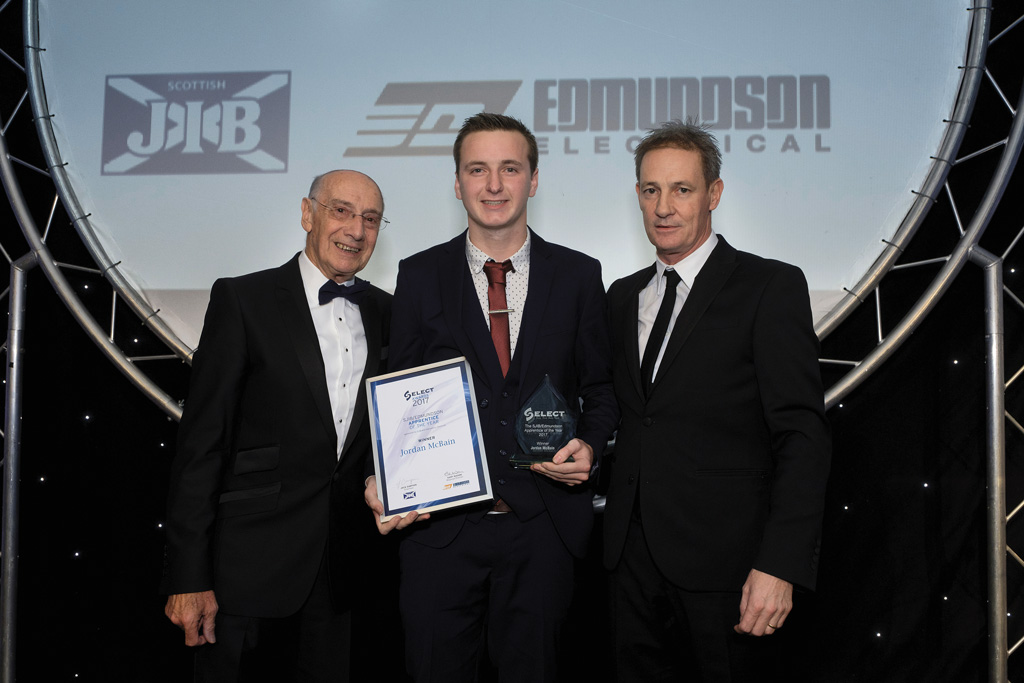 {"items":["adaf59_ecb2b64c07c544fab07a5cb144f8c6f3~mv2.jpg","adaf59_894c26aa457f4d919d85ec916bcb2bab~mv2.jpg"],"styles":{"galleryType":"Strips","groupSize":1,"showArrows":false,"cubeImages":true,"cubeType":"fill","cubeRatio":"100%/100%","isVertical":false,"gallerySize":300,"collageDensity":0.8,"groupTypes":"1","oneRow":true,"imageMargin":0,"galleryMargin":0,"floatingImages":0,"chooseBestGroup":true,"smartCrop":false,"hasThumbnails":false,"enableScroll":true,"isGrid":false,"isSlider":false,"isColumns":false,"isSlideshow":false,"cropOnlyFill":false,"fixedColumns":0,"enableInfiniteScroll":true,"isRTL":false,"minItemSize":120,"rotatingGroupTypes":"","rotatingCubeRatio":"","gallerySliderImageRatio":1.7777777777777777,"numberOfImagesPerRow":"3","numberOfImagesPerCol":1,"groupsPerStrip":0,"borderRadius":0,"boxShadow":0,"gridStyle":1,"mobilePanorama":false,"placeGroupsLtr":false,"viewMode":"preview","thumbnailSpacings":0,"galleryThumbnailsAlignment":"bottom","isMasonry":false,"isAutoSlideshow":false,"slideshowLoop":false,"autoSlideshowInterval":4,"useCustomButton":false,"bottomInfoHeight":0,"titlePlacement":"SHOW_ON_HOVER","galleryHorizontalAlign":"center","galleryTextAlign":"center","galleryVerticalAlign":"center","scrollSnap":true,"itemClick":"link","fullscreen":false,"allowSocial":false,"allowDownload":false,"allowTitle":true,"allowDescription":false,"loveButton":false,"loveCounter":false,"videoPlay":"onClick","scrollAnimation":"NO_EFFECT","scrollDirection":1,"overlayAnimation":"NO_EFFECT","arrowsPosition":0,"arrowsSize":23,"watermarkOpacity":40,"watermarkSize":40,"useWatermark":true,"watermarkDock":{"top":"auto","left":"auto","right":0,"bottom":0,"transform":"translate3d(0,0,0)"},"loadMoreAmount":"all","defaultShowInfoExpand":1,"allowTitleExpand":true,"allowDescriptionExpand":true,"allowLinkExpand":true,"expandInfoPosition":0,"allowFullscreenExpand":true,"fullscreenLoop":false,"galleryAlignExpand":"left","addToCartBorderWidth":1,"addToCartButtonText":"","slideshowInfoSize":200,"playButtonForAutoSlideShow":false,"allowSlideshowCounter":false,"hoveringBehaviour":"APPEARS","thumbnailSize":120,"magicLayoutSeed":1,"imageHoverAnimation":"NO_EFFECT","calculateTextBoxHeightMode":"AUTOMATIC","calculateTextBoxWidthMode":"PERCENT","textBoxHeight":0,"textBoxWidth":200,"textBoxWidthPercent":50,"textImageSpace":10,"textBoxBorderRadius":0,"textBoxBorderWidth":0,"textsVerticalPadding":0,"textsHorizontalPadding":0,"titleDescriptionSpace":6,"customButtonText":"","customButtonBorderWidth":1,"customButtonBorderRadius":0,"loadMoreButtonText":"","loadMoreButtonBorderWidth":1,"loadMoreButtonBorderRadius":0,"imageInfoType":"NO_BACKGROUND","itemBorderWidth":0,"itemBorderRadius":0,"itemEnableShadow":false,"itemShadowBlur":20,"itemShadowDirection":135,"itemShadowSize":10,"imageLoadingMode":"BLUR","expandAnimation":"NO_EFFECT","imageQuality":90,"usmToggle":false,"usm_a":0,"usm_r":0,"usm_t":0,"videoSound":false,"videoSpeed":"1","videoLoop":true,"galleryLayout":9,"gallerySizeType":"px","gallerySizePx":300,"allowHover":true,"mobileSwipeAnimation":"NO_EFFECT","gotStyleParams":true,"showVideoPlayButton":true,"selectedLayout":"9|bottom|1|fill|false|1|true","layoutsVersion":2,"selectedLayoutV2":9,"isSlideshowFont":false,"externalInfoHeight":0,"externalInfoWidth":0},"container":{"galleryWidth":2560,"galleryHeight":1440,"scrollBase":0,"height":null,"width":null}}
Two talented youngsters from G&A Barnie Group made the final of Apprentice of the Year at this year’s SELECT Industry Awards. Here, winner Jordan McBain reveals the ribbing he now gets from colleagues, and along with namesake and fellow finalist, Jordan Scott, outlines his future plans

It still shocks me when people come up and say congratulations for winning Apprentice of the Year – I’m still getting colleagues I don’t really know saying well done, which takes a bit of getting used to.

The night itself was really good – much more prestigious than I thought. I didn’t know what to expect, so I was shocked when I turned up and there were hundreds of people dressed to the nines. I took my girlfriend, mum and little sister and they really enjoyed it.

Never in a million years did I think I was going to win. In fact, I thought I’d fluffed the initial interview, so I couldn’t believe it when I was there as one of the final three.

When my name was read out, I remember going up to the stage to collect the award and Gary Mason from co-sponsors Edmundson Electrical said, ‘You can stop shaking now.’ It was genuinely a massive surprise.

After the event ended at 1am, we had a drink with some people from SELECT, and then my girlfriend and I went to the nearby casino. I must have used up all my luck though as I didn’t win anything! I think my dad has the actual award now. He works offshore so he couldn’t make the night itself, so it’s probably got pride of place in the living room.

I’d always wanted to go into the electrical industry, but I thought it would be via university. I really enjoyed physics at school, so I was planning to go to uni and do electrical engineering.

Then, when I was in sixth year, a speaker came to my school and suggested that I could do the SECTT pre-employment test. Because I was going to be applying for summer jobs, I thought it might look good on my CV, so I did it.

Then North Electrical Services (NES) rang me up out of the blue, said they’d seen my name on the SECTT list and offered me a job. So that was it – I was an apprentice.

When I started, I found the theory quite easy but the actual practical work was a bit more challenging. I think I’d cut a bit of wood before but that was about it, so it took a few months before I felt really confident in what I was doing.

I joined G&A Barnie about two-and-a-half years ago and it’s been great – the bosses are really supportive and the other boys are always willing to help. I really feel like I’m learning and getting better all the time.

Things like control panels and contactors have probably been the most challenging. I knew how switches worked through physics and stuff, but I think I’ve learned the most about control panels. I’d looked into things like that for Higher physics at school, but I always thought, ‘That would just puzzle me if I had to physically wire it.’ Now being able to do it shows how far I’ve come.

As far as projects go, I’m probably most proud of helping to modernise a school in Lossiemouth. It was just me and my journeyman refurbishing the whole building; replacing sockets and switches and bringing it up to date. We did it in phases over a year and a half.

I was nervous before my Final Integrated Competence Assessment (FICA). The college lecturers made us prepare for the worst, but once I got into the practical, it wasn’t as bad as I’d feared. It was the nerves that made it tough – I remember picking up my screwdriver and really shaking.

I had a little timer in my booth and I was constantly looking at it, thinking, ‘I’m never going to do this.’ But once I got going, I just got into the swing of things.

If I was to offer other apprentices any advice it would be to take your time and not overthink it. Don’t think of it as your FICA – just pretend your journeyman is telling you to wire a couple of sockets. In theory, you’re almost a fully-qualified electrician so it should be second nature.

I’m not sure of what I’ll do next; I just hope to become an Approved Electrician as soon as possible. I’ll definitely stay in the electrical industry for a while and try and go as high as possible; there are plenty of other sides to it that are really interesting.

For the moment, I’m really looking forward to visiting the Schneider Electric plant in Grenoble as part of my prize. Because it’s a research and development site, it’ll be good to see what the future of the industry looks like.

Fellow finalist and G&A Barnie Group employee Jordan Scott had this to say about the evening:

It felt good to be a finalist in the SELECT Awards – the whole evening was great and I was made to feel really welcome. I got to meet people I otherwise wouldn’t, which was nice.

I haven’t really seen Jordan since the event but like I said to him on the night, he did really well and I’m sure he’ll enjoy his trip to the Schneider facility.

I struggled to get an apprenticeship in the beginning, as the job I was supposed to be getting fell through. So after going to college and studying electrical engineering for a couple of months, I finally got another chance at an apprenticeship with a local firm in Elgin and never looked back.

Life at the G&A Barnie Group has been good. My last company was mostly domestic, so I came here to expand my experience in the industry by working in more industrial and commercial jobs. As a result, I feel I’ve gained some valuable experience with different wiring systems and containment.

I would say I enjoy learning new things the most. The industry is always changing with new lighting systems and suchlike, so I enjoy getting my head around new things and learning how they work.

I feel I’ve learned a lot as an apprentice. My last company gave me quite a lot of responsibility fairly early on in my apprenticeship, so that gave me the confidence to go on and improve. Working a lot with them in the domestic side of things, and now at G&A Barnie who have a lot of bigger industrial contracts, I feel I’ve a good range of knowledge.

It’s now been a year since I passed the FICA so another year from now I’d like to do the Advanced Competence Assessment (ACA) then we will see where that takes me. For now, I’m happy just keeping my head down and working away!