In a consumer world increasingly dominated by online retail there was some refreshing news for electrical distributors as they gathered for their regional business forum in May.

Contrary to the wholesale shift to e-commerce platforms, electrical contractors much prefer doing business face-to-face, according to a survey of its Member companies by SELECT.

The somewhat surprising news was unveiled at the Electrical Distributors' Association Scottish Section conference at the Glynhill Hotel in Paisley last month.

Newell McGuiness, SELECT MD, presented the results of the survey to around 100 distributors and manufacturers who had gathered for the EDA Regional Business Forum.

McGuiness had come armed with the data after being asked by EDA Scottish members - who have risen in number by five over the last year - the simple poser: "What does the industry expect from the Scottish supply chain?"

In response, McGuiness presented the results of a survey, saying many of the answers had come as a bit of a "surprise", particularly the fact that less than a quarter of Member companies want to buy products using websites or email.

Instead, the survey showed, the overwhelming majority of respondents said they preferred to make purchases either face-to-face, or by phone.

"Initially I was surprised about that," said McGuiness. "But then I thought, maybe no, because at SELECT our unique selling point is getting face-to-face contact with our Members. We spend a huge amount of time visiting our Members and speaking to them personally and they tell us they really, really like that. Perhaps that's what's coming through here, the opportunity to see someone, or speak to them. They seem to like the traditional channels."

McGuiness said on the basis of the findings distributors might want to consider developing personal relationships with electrical contractors either through closer engagement at SELECT events, or through the hosting of their own.

The results of the survey also revealed that electrical contractors would like more help from the supply chain when a product fails, because the process of uninstalling and reinstalling products is often costly and time-consuming. More than half of respondents, in that scenario, would like a replacement free of charge, with slightly less than that additionally requiring some help with the cost of a fresh installation.

In terms of results asking about manufacturers the survey showed that contractors were more focused on quality of product than the price, and were more likely to purchase UK-made products; for distributors the emphasis was again more on quality than price, although delivery of service was an important factor.

"What came back in some of the comments is that it all harks back to reputation, because our guys are right at the face of it. If something goes wrong with clients it's their fault, so they see product fault as a real impact on their reputation."

McGuiness said the overriding desire was for SELECT was "closer collaboration" with the industry, and for "joint campaigning".

"We all campaign in our own little bubble," he said. "We miss a real opportunity to tackle some of the issues together - to bring our collective weight behind some of these campaigns." He referenced carbon monoxide detectors as a case in point, which had been the focus of a presentation earlier in the day by Freddie Collins, Sales and Marketing Director, and Alan Dick, National Sales Manager at Kidde Safety Europe.

"It can make a real difference to our society, our industry, and more importantly, it can grow our market," he added.

Looking forward, McGuiness pointed to the "substantial change" to the industry which has been brought about the mandatory five yearly electrical safety checks in the private rented sector, which has huge potential to drive business for the sector. And he also spoke about the need to regulate the profession of electrician so that only properly qualified and registered electricians are allowed to carry out electrical work.

He warned distributors that rogue traders and keen amateurs drive a "low price culture" and don't care about the quality of work, whilst at the same time reassuring the audience that the work "won't go away".

McGuiness said he now believes a change to the status of electrician will be made in Scotland in light of further devolved powers to Holyrood as part of the Smith Commission process; the idea was given tacit support also by former Business Secretary Fergus Ewing (now Cabinet Secretary for the Rural Economy and Connectivity) at a conference in Edinburgh last year.

McGuiness said the challenge was now to make that 'business case' to Ministers and that SELECT is now in the process of doing so, collecting data from Members on unsafe electrical installation, gathering HSE accident statistics, and commissioning a poll of the public to ascertain their views on the regulation of the industry.

"Initial feedback from that, as you might expect, is that the public is absolutely astonished that anyone can call themselves an electrician." That information gathering process will all form part of an academic report submitted later this year to the Scottish Government and McGuiness urged the whole industry to get behind it.

In other Scottish developments John Henry, Managing Director of EDA Apprenticeships Plus, presented an overview of the UK Government's Apprenticeship Levy, with a warning that the scheme will leave apprenticeships in small companies "dead in the water". He urged EDA Members to "use it or lose it", but said that he expects the details of the still yet to be finalised initiative will be "much more generous than in England" and he said that Scotland was "way ahead on apprenticeships".

Richard Hayward, Lead Marketing Manager at Legrand, gave an interesting presentation on the Internet of Things (IoT) devices and said that contrary to many preconceptions there is a very valuable market that installers and distributors can tap into, and said: "We mustn't just let PC World take over." He said assisted living solutions for elderly people in the home were a particularly compelling case for getting on board with an industry which is likely to see more than 50b connected devices worldwide by 2020.

For more information on the day's presentations click here 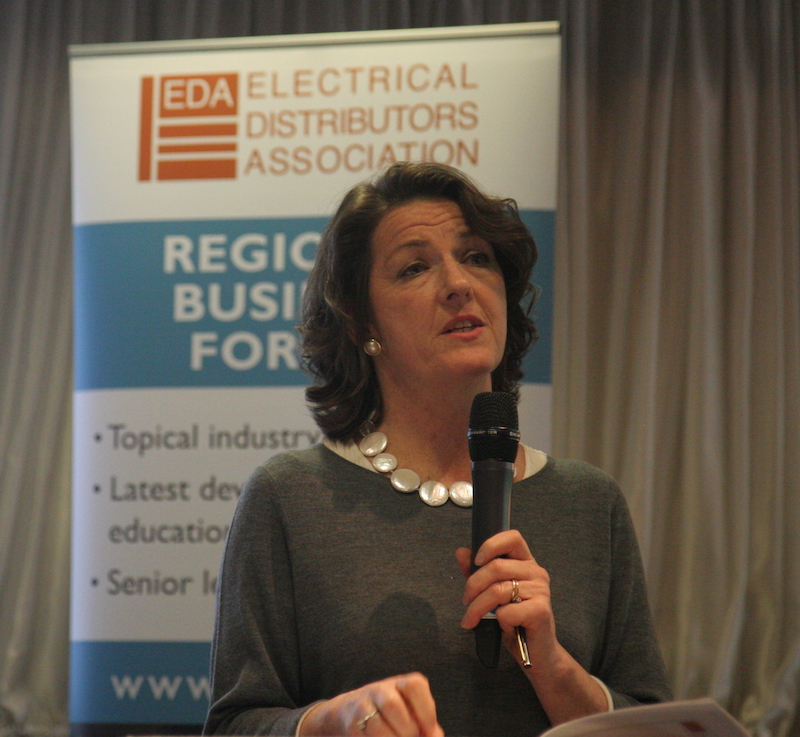 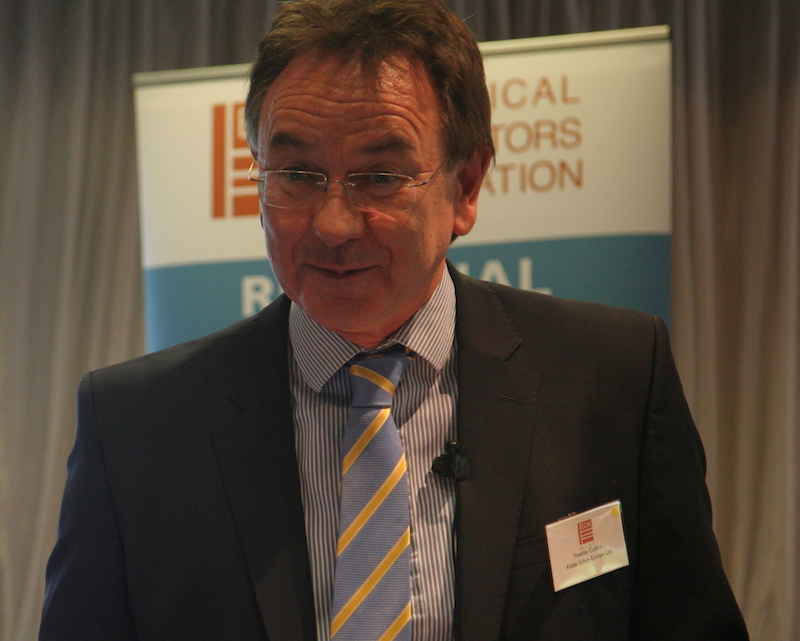